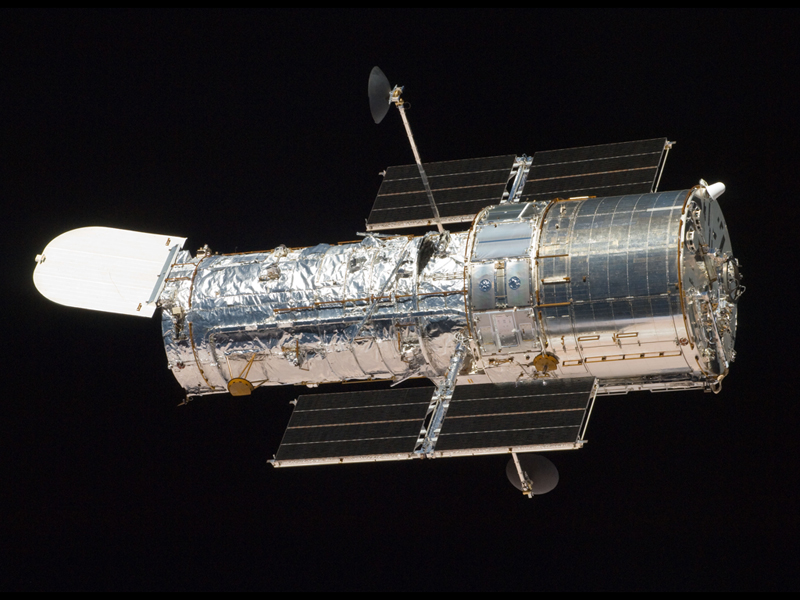 The Hubble Space Telescope's launch in 1990 sped humanity to one of its greatest advances in that journey. Hubble is a telescope that orbits Earth. Its position above the atmosphere, which distorts and blocks the light that reaches our planet, gives it a view of the universe that typically far surpasses that of ground-based telescopes. Hubble is one of NASA's most successful and long-lasting science missions. It has beamed hundreds of thousands of images back to Earth, shedding light on many of the great mysteries of astronomy. Its gaze has helped determine the age of the universe, the identity of quasars, and the existence of dark energy.

Hubble's Legacy: Reflections by Those Who Dreamed It, Built It, and Observed the Universe with It, Roger D. Launius, David DeVorkin (Volume editor), based upon talks given at a public symposium in November 2009 at the National Air and Space Museum [Synopsis][Download]

SOFIA is the largest airborne observatory in the world, and makes observations that are impossible for even the largest and highest of ground-based telescopes. NASA and the German space agency, DLR, worked together to create SOFIA - a Boeing 747-SP aircraft modified to accommodate a 2.5 meter gyro-stabilized telescope. It is used to study many different kinds of astronomical objects and phenomena during its long lifetime, including: stellar birth and death, the formation of new solar systems, complex molecules in space, our solar system, ecosystems of galaxies, and black holes at the center of galaxies. While SOFIA is its own program (and hence not formally within Cosmic Origins), its primary scientific drivers are aligned with Cosmic Origins questions. 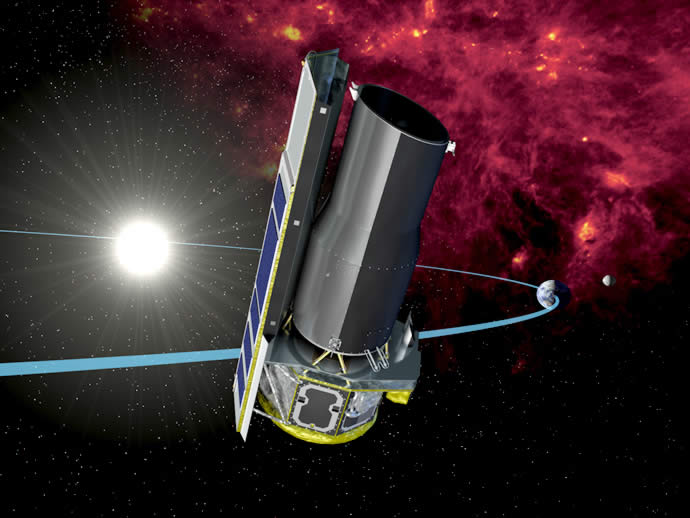 The Spitzer Space Telescope is designed to provide information which will help us understand our cosmic roots, and how galaxies, stars and planets develop and form. During its cryogenic mission, Spitzer obtained images and spectra by detecting the infrared energy, or heat, radiated by objects in space between wavelengths of 3 and 180 microns (1 micron is one-millionth of a meter). Infrared light can penetrate the vast, dense clouds of gas and dust which block our view at visible wavelengths, allowing us to peer into regions of star formation, the centers of galaxies, and into newly forming planetary systems.